The Scientific Committee's mandate includes helping promote development of capacity for kidney research in Canada, including recruitment and retention of scientists, development and support of infrastructure, training, communications, liaison with academic centers and other national agencies, including Kidney Foundation of Canada and the Canadian Society for Transplantation.

During the past 2 years the Committee has focused its efforts on developing a national research strategy to enable the Canadian nephrology community to respond to emerging opportunities including the CIHR Strategy for Patient-Oriented Research.

The Committee undertook an analysis of gaps in Nephrology research with great potential for development in the present Canadian nephrology research environment and for collaboration across stakeholders including funding agencies and provincial renal agencies using previous analyses performed via Horizons Conferences and broad consultation with stakeholders in the renal community.

This resulted in a decision to focus strategic efforts on ‘pre-dialysis chronic kidney disease’ as a theme. A workshop aimed on further developing a supporting rationale for this theme and major research objectives was organized in partnership with the Kidney Foundation of Canada and the CIHR Institute of Nutrition, Metabolism and Diabetes and held in in November, 2013. The proceedings of the workshop provide a basis for the work of a national steering committee established in May, 2014. The National Steering Committee is currently engaged in developing a national research strategy for pre-dialysis chronic kidney disease as a means to respond to expected requests for applications from the CIHR.

The National Steering Committee organized a meeting in November 2014 including 52 participants from across Canada. In this planning meeting, participants developed the framework, identified the necessary infrastructure to establish a national patient-oriented research network in chronic kidney disease, and finalized consensus on the highest priority questions that best addressed the questions previously identified by patients, caregivers, clinicians and health care decision makers. The Canadian Society of Nephrology (CSN) and the Kidney Foundation of Canada (KFOC) provided financial support for this necessary strategic planning meeting. A workshop report is available for download below.

In June 2015, another workshop was held in Toronto which brought together key partners in kidney disease, in addition to patients, policy-makers and researchers in order to further advance planning for the Canadians seeking Solutions and innovation to overcome Chronic Kidney Disease (Can-SOLVE CKD) Network. 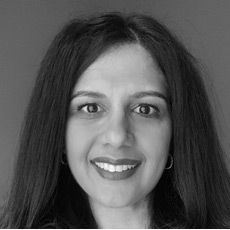 Dr. Suri is a nephrologist, Associate Professor and Director of the Division of Nephrology at McGill University. She is actively engaged in clinical practice, teaching, and research, and is nationally recognized for her leadership in research, network development, and teaching. Dr. Suri is a CIHR-funded clinical researcher and FRQS Junior 2 research scholar with >70 publications and 5 book chapters. Her research interests are in clinical trials of dialysis, dialysis prescription, and adequacy of dialysis. She has served on multiple Guideline Committees for the CSN, KDOQI, and KDIGO. She is also a Scientific Officer for the CIHR Randomized Controlled Trials panel and the Kidney Foundation Grants Committee, and a member of the CIHR Advisory Board for the Institute of Circulatory and Respiratory Health. Dr. Suri is an active member in the Canadian Society of Nephrology. She has served on the Board of Directors as Member at Large for Quebec, participated in several program planning initiatives and committees for the Society, including the World Congress of Nephrology local organizing committee, and has delivered many lectures at the CSN pre-course. Her other accomplishments include Chair and founder of the Canadian Nephrology Trials Network. 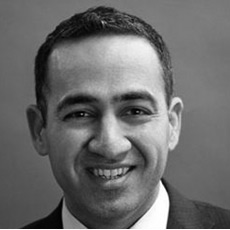 Dr. Tangri is an Assistant Professor of Medicine and Community Health Sciences, and a staff nephrologist at the University of Manitoba. His research interests include clinical risk prediction and decision making, as it pertains to patients with moderate to severe CKD. 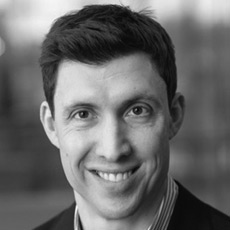 Dr. Barbour completed his internal medicine and nephrology training at the University of British Columbia in 2010. He subsequently did a two-year glomerulonephritis fellowship and Master of Science in clinical epidemiology at the University of Toronto.  As of July 2013, he is an Assistant Professor with the UBC Division of Nephrology, with a clinical and research focus on glomerular diseases. He is the Medical Lead of the BC Provincial Renal Agency BC Glomerulonephritis Network and Registry, and Chair of the BC Glomerulonephritis Network Steering Committee. Through these positions, he is responsible for health policy and health services related to glomerular diseases in BC.  Dr. Barbour’s research focus is on clinical trials, health outcomes and health services delivery in glomerulonephritis, and using prediction modeling techniques to improve risk stratification in glomerular diseases. He holds multiple peer-reviewed grants, including from the Michael Smith Foundation for Health Research, the Kidney Foundation of Canada, and the Canadian Institutes of Health Research. 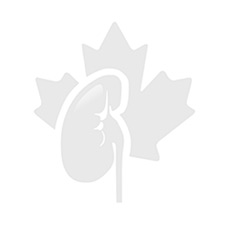 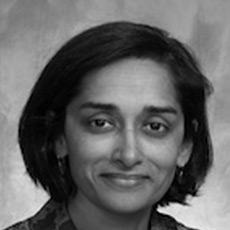 Dr. Parekh is an Associate Professor and Clinical Scientist in Medicine and Paediatrics at the University of Toronto, The Hospital for Sick Children and University Health Network. Her research interests are in the study of risk factors leading to progression of chronic kidney and cardiovascular disease. She has mentored over 25 many postdoctoral fellows and students and is Program Director for both the Medicine and Pediatric Nephrology Training Programs. 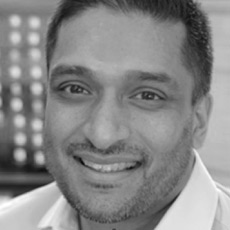 Dr. Sood is an assistant professor of medicine at the University of Ottawa, adjunct scientist at the Ottawa Hospital Research Institute (OHRI) and staff nephrologist at the Ottawa Hospital in Ottawa, Canada. He completed his undergraduate (BSc) at Carleton and Lancaster University (UK) followed by medical school, internal medicine and nephrology residency training at the University of Toronto. He began his career as a clinical nephrologist at the St. Boniface Hospital in Winnipeg, Manitoba and gradually developed an interest in research and clinical epidemiology. His work on epidemiology has involved measuring disparities and outcomes among Aboriginals with kidney disease and has expanded to resource utilization and public health policy regarding dialysis services in Canada. To date, he has over 75 peer-reviewed publications in all major nephrology journals and numerous book chapters. He holds the Jindal Research Chair for the Prevention of Kidney Disease at the University of Ottawa, a position he started in the fall of 2013. He serves in many roles to further improve nephrology in Canada. He is the founder and deputy editor-in-chief of the Canadian Journal of Kidney Health and Disease, the first Canadian kidney nephrology journal and the official journal of the Canadian Society of Nephrology. 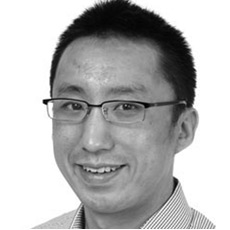 Darren Yuen is an Assistant Professor at the University of Toronto, based at St. Michael’s Hospital. His clinical interest is in kidney transplantation, while his research focuses on the development of novel therapies for renal fibrosis. He has been kindly supported by the KRESCENT program as a postdoctoral fellow and more recently as a New Investigator. He is currently supported by grants from CIHR, NSERC, the Kidney Foundation of Canada, and the J.P. Bickell Foundation. 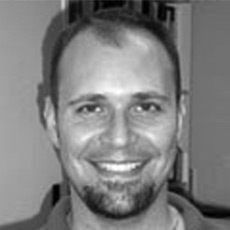 Dr. Michael Zappitelli is a pediatric nephrologist and assistant professor at the Montréal Children’s Hospital.

Research relevant to individuals with kidney and urological diseases is found in every biomedical research-intensive University in Canada, as well as many of the hospital-based research institutes. For the first time, Canadian researchers from all geographic regions and disciplines gathered at the Horizons 2000 and Horizons 2015 Consensus Strategic Planning Conference along with major stakeholders such as the Kidney Foundation of Canada, as a prelude to the creation of the Canadian Institutes for Health Research (CIHR).

The Horizons 2000 conference identified a critical goal to be achieved over the next 5-10 years: Building research capacity in the fields of kidneys/urological disease/transplantation through enhanced communication, collaboration and funding. Since the CIHR has not provided a specific mandate for targeted research in kidney/urological disease and transplantation, the Kidney Foundation of Canada Research Council recommended that a National Research Coalition be struck (co-chaired by Drs. Patrick Parfrey and David Ludwin) to identify the next steps in advancing the recommendations of the Horizons 2000 Conference. The members of this coalition represent leadership in all areas of kidney disease and transplantation research. A task force was struck to identify potential initiatives, and a final report was submitted to the Kidney Foundation in June 2002. This report identified new opportunities for kidney research in Canada, as well as strategies and tactics to increase research capacity.

The National Research Coalition Task Force recommended that enhanced communication, collaboration and funding for kidney research across Canada requires an organizational structure led by scientific investigators. The Canadian Society of Nephrology (CSN) represents the most appropriate organization to perform this task. In 2002, the CSN created an Ad Hoc Scientific Committee to focus on strengthening kidney research capacity in Canada. In 2005, the CSN reaffirmed the need for the Scientific committee, reconvened the committee and created a standing committee of the CSN.

Between 2002-2005, the committee focused its work on the design, development, and implementation of the Kidney Research Scientist Core Education and National Training Program (Krescent), a unique collaboration between the CSN, KFOC, CIHR, industry, and other stakeholders, which will enhance research training capacity over the next 6 years.

In November 2007, members of the renal research community assembled for a strategic planning initiative called Horizons 2015: Enhancing Excellence and Capacity in Kidney Research, with the mandate to define both the strategic directions and mechanisms for increasing capacity in renal research over the next 8 to 15 years. This meeting was a co-ordinated effort, resulting from collaborations between the Kidney Foundation of Canada, the Canadian Institutes of Health Research (Institute of Nutrition, Metabolism and Diabetes), the Canadian Society of Nephrology, and the Canadian Society of Transplantation. After consideration of the Horizons 2015 Consultation Report, the Kidney Research Recommendation Group (KRG) has been charged with moving forward the recommendations and priorities identified by the Horizons 2015 meeting. The CSN Scientific Committee will work with the KRG to provide input into this process.

The CSN is the national voice of academic and clinical nephrology in Canada, and the Society has increasingly supported research training and education. The CSN created a standing Scientific Committee, to continue the work of the Ad Hoc Committee to advance the cause of kidney research in Canada, with the following longterm objectives:

MEMBERSHIP ON THE CSN SCIENTIFIC COMMITTEE

The proposed members of this committee will represent a diversity of basic and clinical kidney research interests across Canada. Members of the committee (and Chairperson[s]) will be selected by the President of the CSN.

Members will normally serve on this committee for a period not exceeding 3 years. Initial members may be asked to serve shorter terms (1-2 yrs), in order to provide continuity to the committee membership. The Chairperson will serve for a period of 3 years, and for no more than 2 consecutive terms.

The Canadian Society of Nephrology

CSN is an accredited provider of continuing professional development (CPD) for the Maintenance of Certification (MOC) program of the Royal College of Physicians and Surgeons of Canada.